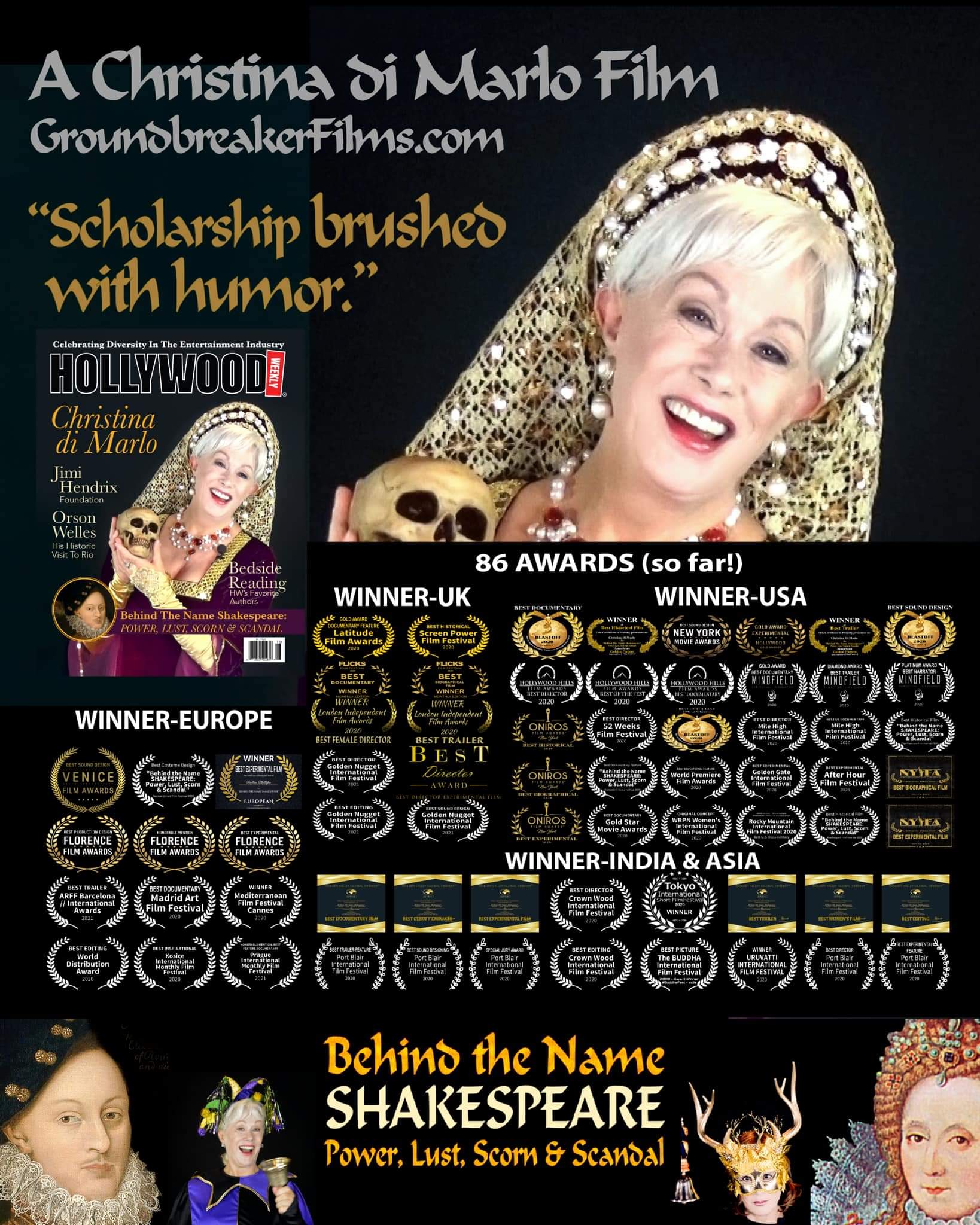 Written/directed by and starring Robin Phillips (aka Christina di Marlo), this documentary explores the Authorship Question in such a lighthearted and entertaining way that it is gathering international awards faster than anyone can say ‘Edward de Vere’. But the academic and scholarly questions solidly underpin the jokes and costumes, leading to multiple awards for ‘Best Documentary’, ‘Best Biographical Film’, ‘Best Director’, ‘Best US Documentary’ from media festivals around the world who’ve definitely seen it all before.

Behind the Name Shakespeare: Power, Lust, Scorn & Scandal from Groundbreaker Films investigates the lives of two men – Shaksper of Stratford and Edward de Vere, 17th Earl of Oxford. Robin/Christina works as a journalist, singer and actress in the US and Europe and studied at the Royal Academy of Dramatic Arts and the Webber Douglas Academy in London. As a welcome return to the UK the film is the Gold Winner of ‘Best Documentary’ from the Latitude Film Festival; is Semi-Finalist for Flicks Monthly FF in London in two categories: ‘Best Biographical Film’ and ‘Best Documentary’; and is selected to compete in the London International Art Festival.

The film will also be the cover feature for Hollywood Weekly’s debut edition in the international market, with a 4-page spread aimed at London media, distributors and viewers. One to watch in all senses! Look out for UK distribution and in the meantime see the trailer here: https://www.youtube.com/watch?v=LHY3uc7G0O4